How to Choose a PoE Switch?

The application of the POE switch in the security industry has brought a qualitative change to the video surveillance system, POE switch. It can power wireless APs, webcams, and other PoE terminal devices through a network cable, with a transmission distance of up to 100m, easy to install, plug, and play. It is very suitable for wireless cities, security monitoring, and other industries.

How to choose a PoE switch?

Due to the emergence of high-power devices such as HD dongles and real-time video phones, network equipment manufacturers are scrambling to develop PoE switches with higher total power. However, many products only pursue higher total power, ignoring the relationship between power and the number of ports, which inevitably increases the overall cost of the equipment, resulting in less practical and less cost-effective PoE switches.

Therefore, when deploying a PoE switch, you should first determine the power and number of PD devices, and then choose the most suitable PoE switch. 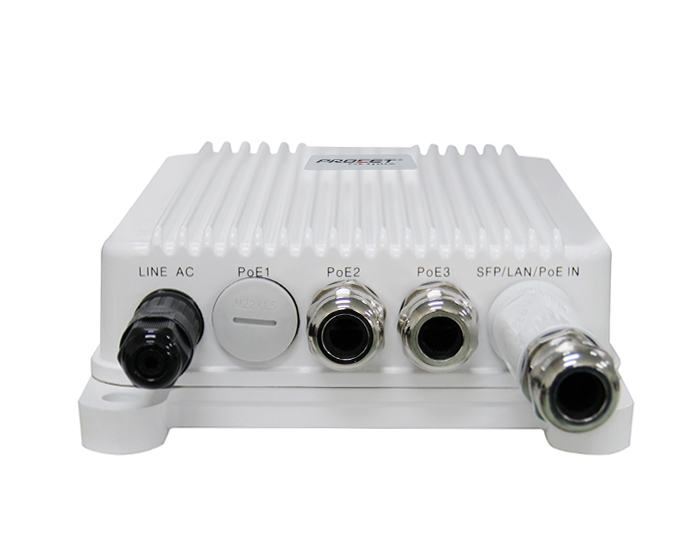 Should we buy a non-standard or standard PoE powered switch?

Either non-standard or standard, this mainly depends on, to power the AP, IP Camera support 48V, 24V or 12V input? If it's 48V, it says support for IEEE802.3 AT or AF power supply standards, which are generally standard. For 24V and 12V powered devices, you need to find the corresponding 12/24V non-standard powered switch, or you can buy the standard one, which will require you to buy a PD power receiving separator to convert PoE to DC power and network cable data.

So why is it still more advisable to buy the standard ones, because there are a lot of pitfalls!

The working principle of a non-standard PoE powered switch is that it is a switching power supply, without PoE chip, it only uses a transformer to step down 220V AC power to 48V DC power, without detecting the downstream receiving equipment, and directly output voltage and current in each RJ45 port without interruption, which may cause the voltage to be too high and burn out the downstream receiving equipment. Such a device cannot be directly connected to other network devices, because the direct connection can easily lead to 2 pairs of network cables being connected inside the PoE power supply, with the positive and negative terminals forming a short circuit, which may cause port damage, or smoke and fire, which may easily lead to accidents.

To sum up, standard PoE switches have a PoE control chip that detects the device before it is powered, and when the device is connected, the PoE power supply sends a signal to the network to detect whether the terminal in the network is a PoE-enabled PD device. Non-standard PoE products, on the other hand, are power-supplied network cable power supply devices, which are powered as soon as they are switched on without any testing step.

Next: The Need for PoE in 5G