Any device requires power to operate, and surveillance cameras are no exception. The traditional video surveillance, or the traditional power supply method, requires pulling the power line, digging pipes, and connecting to the camera through the socket before the camera can work normally. In the past, the urban system was not so developed, there were not so many surveillance cameras, and it was not so difficult to use traditional power lines in some places. However, with the city's construction and security needs, the traditional power supply method has been unable to adapt. Especially in some places where the cable cannot be pulled at all, the camera cannot be deployed, but industrial-grade POE switch technology has changed this situation.

The network monitoring system uses industrial-grade PoE switches, which no longer need to be restricted by wiring or wiring. It can realize good power transmission directly through the network cable and can supply power to the camera. The construction is simplified, convenient and quick to use, and the cost is also greatly Reduction. A camera does not seem to consume much electricity, but the combination of many cameras in the entire city is not a small energy consumption. The traditional wires have a lot of losses in the transmission process, which undoubtedly increases energy consumption. After using PoE switches for power supply, the energy consumption is small, which indirectly saves energy for the entire city and society.

In the past, if the traditional monitoring system needs to be upgraded and changed, it will be very difficult. It is necessary to re-dig the pipeline wiring, which will make the construction a mess. Nowadays, it is no longer so laborious to use industrial-grade PoE switches. Wherever the camera goes, directly connect the PoE switch Just move there. Moreover, remote management is possible, and maintenance is also very convenient and simple.

PoE Switch can transmit data signals for some IP-based terminals while also providing DC power for such devices. In fact, a switch that conforms to the IEEE802.3at standard can have a port output power of 15-60W. Generally speaking, a PoE power supply switch is a switch that supports network cable power supply. It can not only realize the data transmission function of an ordinary switch but also perform network terminal powered by. Use PoE technology to ensure the safety of existing structured cabling while ensuring the normal operation of the existing network to minimize costs. 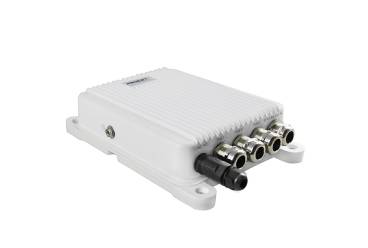 1. The intermediate jumper method refers to the use of idle pairs that are not used in the Ethernet cable to transmit DC power.

2. The terminal jumper method refers to the simultaneous transmission of DC power on the core wire used for data transmission. The transmission uses a different frequency from the Ethernet data signal, eliminating the need to set up a dedicated line for independent transmission. The 8-core cable and the associated standard RJ-45 socket are of great significance.

Previous: The Difference Between Poe Switch and Pse Power Supply

Next: Technical Analysis of Poe Switch