The POE switch port supports output power up to 15.4W or 30W, and complies with the IEEE802.3af / 802.3at standard. It supplies power to standard POE terminal equipment through the power supply of the network cable, eliminating the need for additional power wiring. Compliant with IEEE802.3atPOE switch, the output power of the port can reach 30W, and the power available to the powered device is 25.4W. In general, POE switches are switches that support network cable power supply. Power the network terminals.

POE (Power Over Ethernet) refers to the existing Ethernet Cat.5 cabling infrastructure without any changes, for some IP-based terminals (such as IP phones, wireless LAN access points AP, network cameras Etc.) While transmitting data signals, DC POE switch can also provide DC powered technology for such devices. POE technology can ensure the normal operation of the existing network while ensuring the safety of the existing structured wiring, and minimize the cost.

POE is also known as Power over LAN (POL, Power over LAN) or Active Ethernet, and is sometimes referred to as Power over Ethernet. This is the use of existing standard Ethernet transmission cables to transmit data and The latest standard specification for electrical power and maintains compatibility with existing Ethernet systems and users. The IEEE 802.3af standard is a new standard based on the Power over Ethernet POE system. It adds relevant standards for direct power supply through network cables on the basis of IEEE 802.3. It is an extension of the existing Ethernet standard and the first international standard. 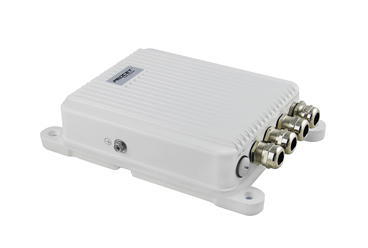 When POE switch for base stations are arranged in a network, the working process of the POE switch is as follows:

Detection: At the beginning, the POE switch outputs a small voltage at the port until it detects that the connection of the cable terminal is a power receiving end device that supports the IEEE802.3af standard.

Start power supply: During a start-up period of a configurable time (generally less than 15 μs), the POE switch starts to supply power to the PD device from low voltage until it provides 48V DC power.

Power off: If the PD device is disconnected from the network, the POE switch Cat6 will quickly (typically within 300 ~ 400ms) stop powering the PD device and repeat the detection process to detect whether the cable terminal is connected to the PD device.

A complete POE system includes two parts: power supply equipment (PSE, Power Sourcing Equipment) and power equipment (PD, Power Device). The POE switch is a type of PSE equipment. The PSE device is a device that powers the Ethernet client device, and is also the manager of the entire POE power over Ethernet process. The PD device is the PSE load that receives power, which is the client of the POE system.